Check Out 12 Most Expensive Fruits In The World

Check Out 12 Most Expensive Fruits In The World

Fruits are very essential to our growth so an apple a day, keeps the doctor away.

Nonetheless, how much are we willing to spend on fruits in order to stay healthy? Check out these prices.

1. Strawberries Arnaud is one of the most expensive fruits sold at New Orleans as a dessert. At Arnaud’s restaurant, this dessert is sold at $3.95 million dollars because it’s garnished with a diamond engagement ring. However, if you want the dessert without a ring, it will only cost you $9. 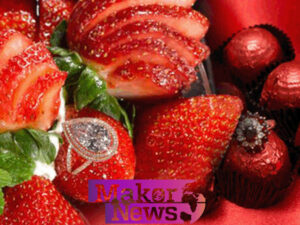 2. Ruby Roman Grapes – These grades grow in Japan and mostly take about 14 years to develop. These grapes were once auctioned for 1.1 million yen and got a buyer named Takamaru Konishi. 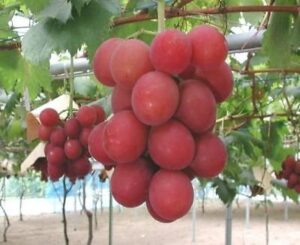 3. Densuke Watermelons – they are otherwise known as Japanese black watermelons. These melons are only produced on Hokkaido island in a town called Toma. This is one of the reasons it’s was auctioned for $3,570. Another reason states the fact that it’s the sweetest melon in Japan. 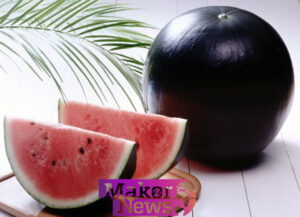 4. Taiyo no Tamago Mangoes – A pair of these mangoes were actioned for 300,000 yen because its high sugar content makes it the sweetest mango on the market. These mangoes are from Miyazaki Prefecture with the brand name “Eggs of the Sun”. 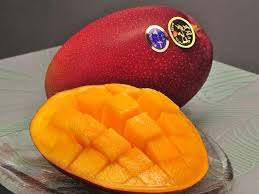 5. Lost Garden of Heligan Pineapples -in the UK, these pineapples were auctioned for $12,000 because they were grown in the “Lost Gardens of Heligan”. It’s labor-intensive to produce this kind of pineapples hence it’s the high price. 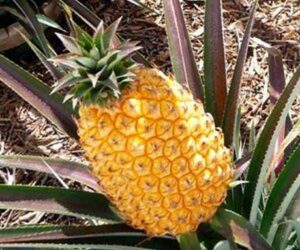 6. Square Watermelons – these melons defy the usual shape which catches the attention of many consumers. As a result, demand is very high which has possibly affected the price. Square melons are sold for $200 or more depending on the size.

7. Dekopon Citrus – these are another group of fruits from Japan that sells at $80 for half a dozen. These fruits are a cross between tangerine and orange. They’re neither too big nor small.

8. Sembikiya Queen Strawberries – these berries are one of the most valuable fruits in Japan as they’re packaged as gifts for many memorable ceremonies. A dozen of these fruits go for $68.

9. Yubari King Melons are Japanese melons from the city of Yubari. This fruit is very expressive because it’s a cross of 2 breeds of cantaloupe which Japanese treasure as a gift to loved ones. They are mostly sold in pairs for $50.

10. Northern Territory Mangoes – these are Australian mangoes that were exported to Japan. The Japanese value for fruits has shot up its price making it quite expensive for the average person. At a regular market in Japan, this fruit is sold for $45 per tray.

11. Sekai-Ichi apples – They are products from Japan known as the “best in the world” as Sekai-Ichi translates. These apples are a cross between Red Delicious and Golden Delicious apples. Sekai-ich apples are washed in honey before they’re sold and each sells for $21.

12. Buddha shaped pears – These pears grow in China and Vietnam. Previously, they were one of the highest-priced fruits but farmers have adapted its growing process because they’re greatly eaten among Chinese. Today, each sells for $1.3 only.

It’s obvious the Japanese sell the highest priced fruits in the world because of its value to them. Nevertheless, are these prices worth it?

I'm a tutor and a Personal Development Coach. I use writing as a means to educate, inform and solve society's greatest challenges

ADVERTISEMENT
No Result
View All Result