by Vesta Daily
in Exclusive
Reading Time: 3 mins read
0 0
A A
Donate
0

As a country, we are facing many problems that the government needs to focus on solving rather than finding ways to raise funds for building the National Cathedral.

According to Samuel Apeti the Director of the African Youth for Sustainable Development and multiple Awards winning young entrepreneur. 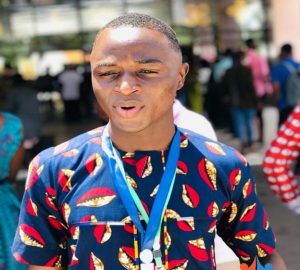 The hardship in the country doesn’t need investment in building a cathedral now. If the finance minister Hon Ken Ofori-Atta says the building of the National Cathedral is a big investment then we Ghanaians must get ready for more hardship than what we are facing now.

The people government is expecting to worship in the National cathedral are studying under trees, having bad roads, no food, low investment in agriculture and many more problems.

Even looking at the current stage of the globe in Health problems and its improvements in technology, the possibility that the National cathedral will be empty after completion is very high.

National Cathedral Fundraising Service To Be Hosted By Royalhouse Chapel

He also raised another point saying that as technology advances, church services and many religious programs will definitely be held virtually and will be more active and time-saving. Many people will stop using bad roads or joining public transport with it road traffics, drivers buying fuel and gas at a high cost and passengers paying so much for transportation to be at the National Cathedral for worship or programs.

Can the government account to us how much they make from the National Theatre and other public event-hosting buildings if the finance minister claims the cathedral will generate income?

Do we have plans on working on the roads around the cathedral to prevent so much road traffics?

Mr Samuel Apeti added by saying that, the good people of Ghana love the fact that government want to promote and mobilize us to worship God but how can we worship God better if some minor problems are not solved.

How many hospitals, how many schools and roads has the government constructed so far?

We must understand the difference between religion and governance.

Do we have systems in place so that in case there’s any pandemic people could continue hosting programs at the cathedral?

We need more roads, hospitals and schools than the National cathedral. 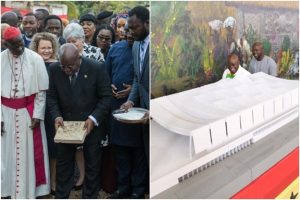 He finally called on the youths of Ghana to wake up, defend and protect our resources and has also charged the youth to stop following political parties – only to be supporting things that will not add any value to the future of our country.

The leaders we defend today with bad policies will not be there forever, they will one day hand over to us the youths and we will notice we supported them to destroy and damage the system and we will be held accountable for it. 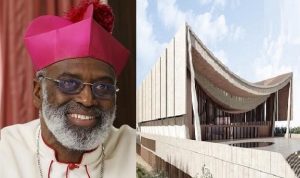 He added that, whether we believe it or not this cathedral is going to be the foundation of terrible things that are going to happen in this country.

Our lives are in danger.

Let’s look into the future before supporting and investing in this National cathedral.

Video: A Police Officer Engages In A Heated Argument With A Senior Colleague

Atta Mills’s Cause Of Death  Revealed

Patient Brutalized At The Lapaz Community Hospital By Unknown Men