I Wish I Stayed And Fought For My Marriage – Maame Dokuno

I Wish I Stayed And Fought For My Marriage - Maame Dokuno

The show is telecasted every Wednesday on Powerline TV and addresses life’s issues, mostly in the area of relationship and marriage.

This week’s subject was centered on Divorce, where Maame Dokuno shared her story with viewers across the continents. In her narrative, she shared many instances which she felt had she gotten good counsellors, would have saved her first marriage. 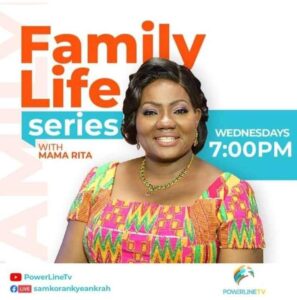 According to her, the grounds on which she stood to divorce her husband were not tangible enough to warrant her actions.

Even though her husband was unfaithful, she felt that if she had not been a bluff, impatient and a little too jealous, her husband wouldn’t have fallen into the hands of other women, precisely her house help, who enjoyed all the benefits she missed. She added that her husband was a very responsible, caring and very intelligent man who invested a lot in the children’s education.

Even after five years of their divorce, they still had a good relationship, which could have reconciled the union but their pride didn’t let them. She has therefore advised all women to be patient at making the marriage work if their reason for opting out isn’t life threatening.

You can watch Family Life Series every Wednesday on Powerline TV, hosted by Rev Rita Korankye-Ankra of the Royalhouse Chapel International.

I'm a tutor and a Personal Development Coach. I use writing as a means to educate, inform and solve society's greatest challenges

Daddy Lumba inspired me as a young producer – Appietus

Tobe Nwigwe names Stonebwoy, Burna Boy, others as musicians he hopes to work with

Daddy Lumba inspired me as a young producer – Appietus

Tobe Nwigwe names Stonebwoy, Burna Boy, others as musicians he hopes to work with

ADVERTISEMENT
No Result
View All Result