by Enoch kwameDoh
in Uncategorized
Reading Time: 5 mins read
0 0
A A
Donate
0

Nana Frema Busia is the daughter of the NPP icon Prof. K.A Busia. She has experienced her deep concern on the issue of salaries and allowances being given to the president spouses. Which she has dubbed, Presidential Bleeding Of The Nation With Oyerepa Support Project! 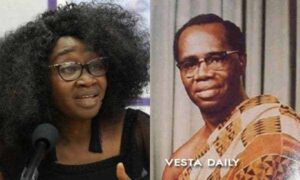 Her full write up reads;

“Kokrokooo ade akye 3bia”, #Stopbleedingthecountry.
H.E. President Akufo-Addo should please wake up to the reality of economic hardships facing Ghanaians under his watch. His Majesty’s highly indebted “poor” country rendition after failed promises of no borrowing because the ‘funds are here” as scripted by Vice President Bawumia truly rings hollow now. Profligate borrowing shows the funds are either not here or being misapplied to include the 4th Republic Presidential Privileged Wives Club to #Fixthewives instead of #Fixthecountry!
What kind of misguided, vain preoccupation with selfishness and greed is this Oyerepa support monster for the Wives of the President and his Vice?

Why must wrongful precedents in the 4th Republic be followed and formalized in illogical sneaky political equalization?
It is an illicit proposal underwritten by an absent-minded and insensitive Parliament that is also riddled with self-interest rather than the national interest.
Any face-saving rejection as though the proposed salaries were a legal right or valid entitlement being relinquished after public outcry is a mere “PR” antic.
What a nightmare of a ‘4 more for Nana’ at such a time as this when an unsustainable debt, new killer taxes, the collapse of indigenous Ghanaian Banks and meltdown of Financial institutions as well as covid 19 pandemics has crippled businesses & created serious unemployment and suffering. 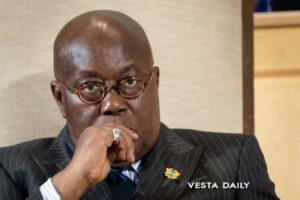 The NPP political ship is fast sinking under H. E. Akufo Addo’s governance. A seemingly Oblivious Special Presidential “gang”, so sorry “guards”, wear Christian camouflage, soaked with sinister confidence, as though their swag represent competence, which is actually impudence while cooking suspect deals to our angst.
Hon. Kojo Oppong Nkrumah should stop the charade of “President didn’t approve” the spousal package! Who set up the “committee of enlightened folly” if not the President? Did he not receive a prior briefing?
It is as though Ghanaians are deemed gullible idiots to swallow any pill from a hailed but failing Presidency that dishes out dressed up conundrums for public consumption under a “testing waters and retraction policy”.

This New Oyerepa deal on the national purse as a priority project with the retroactive application as though Ghana were their wheel of fortune and the dice have fallen on Presidential wives is simply unacceptable. Are the national courtesies, intrinsic rewards, Honor and Prestige accorded Presidential wives not enough?
If not, how does the Ntiamoah committee tasked by the President to review article 71 emoluments result in smuggled recommendations to put his wife and the Vice President’s wife, arguably the two most privileged women in Ghana on official salaries to “Reconcile” them to who and for what?

Does Mr Ato Dadzie’s definition of political victims apply because their husbands previously lost elections? Which clause in the constitution makes them de facto elected officials akin to Cabinet Ministers?
Osagyefo Dr Nkrumah and Prof K. A. Busia were both overthrown by coup detat and died in exile. Dr Hilla Liman’s administration was also truncated by a military coup. The former Military Heads were executed by firing squad for corruption etc which is now a daily meal in governance. 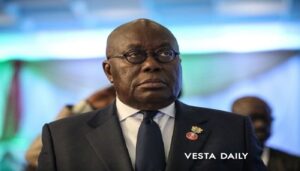 Prof K.A. Busia for example had his assets pillaged and confiscated to the state after being declared “wanted dead or alive for ransom” with posters plastered at police stations across the country. All his personal properties including his Odorkor residence and acquisitions prior to becoming Prime Minister were ransacked, assigned to and occupied by varied public servants RENT-FREE for THIRTY YEARS.
PROF K.A Busia’s personal Bank accounts willed to some of his children were frozen, became worthless and were closed without reinstatement of appropriate interests etc.

I am sure the other political families mentioned above have their own horror stories.
How does Mr Ato Dadzie’s circulated piece about compensatory damages or humanitarian assistance for politically traumatised ‘victim’ wives to appease national conscience, decades after their husband’s deaths provide ANY JUSTIFICATION WHATSOEVER for current cushy handouts from a seriously broke country to the Presidential PRIVILEGED WIVES CLUB of the 4th Republic whose husbands leave the office with Houses and offices and cars, security personnel and free medical care for life and other national emoluments even beyond their graves after 4 or 8 years as Executive President with unbridled power which sustains our current woes? Do the wives not share in the freebies that bleed the country?
Certainly, Neither President Nkrumah, Prime Minister Busia nor any of the aforementioned leaders formed committees to recommend spousal salaries posthumously or when alive!

The naked truth is that the national spousal support “entrenched clause” by the current Parliament ought to be scrapped, as being void.
The Ghana parliament that has endorsed this national Oyerepa dependency-ruse has become an appendage that sings to the Pipers tune in rubber stamping to bleed the nation with Toms, Dicks, Harrys and Harriets who are there for the gravy train of cyclical 4 yr retirement packages and soft cushy car and other loans that they don’t have to fully refund in quid pro quo trade-off for unacceptable government policy and illogical Presidential emoluments now overstretched 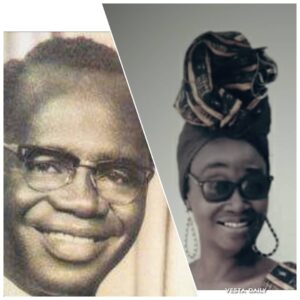 Yes, Presidential wives do play important beneficial roles but who has put them under compulsion to run NGO’s/Foundations, and why can’t they have an operational budget that includes their salaries like any other charity? Did they run Foundations prior to their husbands becoming President? Are they not able to command enormous local and international resources they otherwise would not, due to being wives of a sitting President?
Does The “official”/ceremonial role not have in-built “Protocol” and varied commensurate bells and whistles?

Sincerely, the fact is; Mr President should come down to earth, stop dosing at meetings after warm baths in luxurious leased aircraft and provide needed leadership and ethical democratic governance for a country which is also in insecurity, galamsey, environmental and debt crisis claiming “Ghana beyond Aid“.

Shall we please for goodness sake, first clear up the Presidential vision with a country focus and a Presidential wives beyond aid agenda? Thank You very Much.